Some of the best sex positions are accomplished by taking risks, from our bodies achieving new levels of flexibility to giddily hopping on top of our nicest furniture, but the position that perfectly melds physical and mental vulnerability is none other than the Lotus sex position.

The lotus position is an extremely intimate sex position. And, honestly, major intimacy is something that isn’t within everyone’s comfort zone.

The lotus sex position involves two people who sit facing one another and one partner sits in the other’s lap.

The lotus sex position is one component of tantra.

The goal of tantra is to move energy (including sexual energy) between participants to facilitate healing, transformation, and spiritual growth.

No offense to the classic sex position, but the lotus puts missionary to shame.

What The Girl Does In The Lotus Position?

In the Lotus position, the girl will find it hard to do a lot of in & out thrusting with her man. Instead, she will be grinding and rocking on her man. Imagine dry humping, but without the clothes! But the Lotus is not just about having sex. It’s about getting close to each other.

When the girl’s arms are around his back, she can massage and rub them. She is also in the perfect position to kiss her man: on the lips, cheeks, neck and ears. The girl can also put her arms under the guy’s arms and reach around to grab his shoulders. This will allow her to pull herself up and down on her man while grinding and rocking on him.

What The Guy Does In The Lotus Position?

When the man is in the Lotus position, he will find it very difficult to thrust into the girl. Instead, he will be in a more fluid rocking/grinding motion with the girl while holding her tight with his arms around her back.

One important thing for a man is where he positions his legs. As his legs will be crossed close to the ankles, it’s important that the man doesn’t allow the girl to sit or lean on him as it will put a lot of pressure on him and cause him some pain.

The lotus sex position is ideal for lovemaking moments that are slow and sensual. In this position, women are also more likely to reach orgasm.

The lotus position is rooted in the Kama Sutra, an ancient Sanskrit guide to sex and holistic living.

People have practiced the lotus sex position for thousands of years. It featured in the Kama Sutra, which was published in the third century AD, but it may be much older than this. Its longstanding popularity is indicative of the pleasure it can bring couples.

The lotus sex position is also known as the lotus blossom position and the crossed legs position. In tantra, it is called the yab-yum position.

This sex position is often the favorite of most women. Especially so that it is easier to reach orgasm.

The benefits of lotus sex position are:

But the biggest benefit to the lotus sex position is the level of intimate connection that comes from being face-to-face.

If the hips are tight, one or both partners can extend the legs out straight in front of them.

If on a couch or chair, the bottom partner can also place their feet on the floor instead of crossed.

The Kneeling Lotus is the best lotus position for flexibility during intercourse. It is also incredibly comfortable and intimate, allowing for the lovers to gaze into each other’s eyes.

The woman is to be on her knees riding her partner as he holds her lower back. She can grab onto his shoulders for support.

Some couples prefer the Kneeling Lotus since the two lovers face one another which allows for eye contact and kissing.

There are alternative lotus positions you can try as well, some involving crossing the legs and other mixed positions. However, most prefer the Kneeling Lotus due to its accessibility.

Of course, this position takes its inspiration from yoga and you can incorporate other yoga poses in the mix if you are especially flexible.

Moreover, the Kneeling Lotus allows for the woman to rub her clitoris against her man which makes the position especially pleasurable.

With the woman being on top, she has full control as she decides the speed and tempo of the lovemaking. Overall, many couples opt for this position due to its mobility, and women especially enjoy it because, not only is she in control, but the position also stimulates her beyond just penetration

If the couples are more flexible or want to achieve a slightly different penetrative sensation, they can add a bit more stretch to the position by having one or both partners lean back slightly during intercourse. This variation changes the angle of your hips and can be immensely pleasurable for vulva owners since it offers deep penetration and more g-spot stimulation than the traditional upright lotus.

The draped lotus offers more enjoyable stimulation for flexible couples. To attain this position, the top partner has to bring their legs up over the bottom partner’s shoulder so that their knees are hooked over and their feet are behind their partner. This position can be pleasurable for vulva owners.

Breathing deeply, gazing into each other’s eyes, staying mindful of your body’s pleasure, and moving in slow, meaningful rhythms are a few tantric principles that can help you make the most of the intimate position.

Tips for mixing it up

Here are some tips for mixing it up.

Lather up with lube.

While lathering up with lube will help to reduce friction, increases the glide and slide between bodies. Lube is also a great addition to nipple stimulation.

Eye-gazing takes couples to a new level of intimacy.

Let’s find how the best ways for her to achieve orgasm in the lotus Sex Position.

1. Put the Girl’s Back into It

When the girl is in position, she must arch her back. This will make a huge difference, as it will allow her vulva and her clitoris to be stimulated via her partner’s pelvis. Alternatively, she must lean back to allow a bit of g-spot stimulation.

To achieve orgasm, the girl has to gyrate in small circles. This is a lot easier when her partner grabs a hold of her hips and butt.

Clitoral stimulation is always a treat.

Let’s find how the best ways for him to achieve orgasm in the lotus Sex Position.

While the lotus sex position is one of the easier Kama Sutra poses, it could still be quite uncomfortable for some, especially if you’re unable to cross your legs. And when you’re uncomfortable, what are the chances of achieving orgasm? Slim.

To make things better, you could:

The boy must put his legs out in front of the girl.

The boy must put his arms back and put some of the girl’s weight on them.

The thing about the lotus sex position is that it doesn’t allow for thrusting. This position is all about rocking and grinding. But if the boy loves to thrust, he could opt for a vibrating cock ring. This will give his shaft a bit of a buzzing pleasure, and some extra stimulation for her too.

Though it may seem like an easy sexual position, the lotus position improves glutes and core by burning fat.

The Lotus, a chill but deeply intimate position that prioritizes closeness is a great way to connect with your partner and engage in all the gooey, love the behavior that this dreamy season encourages. Just have the penetrating partner sit pretzel-style and the receiving partner climb aboard and wrap your legs around them. Whether you’re using a toy or just your bodies, you can grind, move and adjust as needed while holding some sweet meaningful eye contact or swapping dirty words and kisses.

The power of this position isn’t so much in how you move your bodies but in the ways, you open yourself up to your partner. This mutual vulnerability and reciprocity (things that are good to keep in mind all year long) are wonderful for taking your relationship in a deeper and more meaningful direction.

At the end of the day, there’s nothing quite as intimate as trying out a new sex position with your lover. So whether you love the lotus sex position or not, you’ll both walk away feeling more connected.

Why Every Couple Should Try the Lotus Sex Position?

When it comes to sex and intimacy, it’s a passionate dance between the physical and the emotional. And when two partners enjoy the lotus sex position, it gives them the chance to get even closer. In this position, they can hug, kiss, caress, and maintain eye contact with each other. 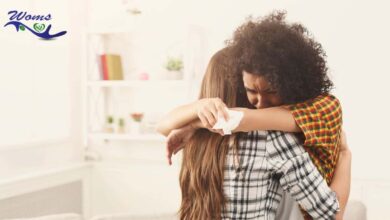 Hugs and their Health Benefits 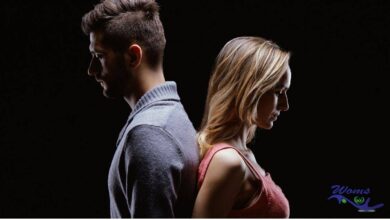 Can Toxic Love affect your health? Health Benefits of Having Loved ones Together