The two images below revealed cogent aneurysms of the left anterior descending coronary artery (LAD), the first diagonal branch of the LAD(D1), and the right coronary artery(RCA), all of which confirmed the diagnosis of KD.

KD, an immune medicated vasculitis with a self-limited clinical course, was first described in 1967 by Dr tomisaku Kawasaki. It can affect arteries of any diameter and typically presents in children younger than 5 years. Occurrence beyond late childhood is thought to be rare.

A diagnosis of KD should be considered when a patient presents with core body temperatures > 101.3°F for more than 5 days, along with  4 of the 5 following associated clinical findings.

In patients with high clinical suspicion who presents with <4 of the diagnostic clinical signs, the terms  “ incomplete  KD”  is used. patient s with incomplete  KD,  although lacking the epidemiologic definition of KD, presents similarly to patients with classic KD and have similar cardiac risk factors. As many as 10% of patients develop coronary artery aneurysms but never meet the clinical criteria for KD first described by Kawasaki in 1967.

The incidence of coronary artery aneurysms is noted to be 25% in untreated patients, with mortality rates as high as 2%; However, with early detection and treatment protocols, the prevalence and mortality of such complications have been reduced to 5% and<1%, respectively.

Signs and symptoms in the acute phase of cardiac complications may include fever with tachycardia out of proportion detection and treatment protocols, the prevalence, and mortality of such complications have been reduced to 5% and <1% respectively.

Signs and symptoms in the acute phase of cardiac complications may include fever with tachycardia out of proportion to the degree of fever, cervical lymphadenopathy, bilateral conjunctival injection, rash, inflammation of the oral mucosa, muffled heart tones, and gallop heart sounds.

ECG findings in KD may reveal low- voltage R waves and flattening T waves, with possible prolongation of the PR and QT intervals. Although not common, findings indicative of acute myocardial infarction (MI) may be seen, including Q waves and repolarization abnormalities. Early echocardiography may help suggest the diagnosis of KD when suspected in patients with nontypical presentations. The associated myocardial inflammation may reveal mid-left ventricular dilatation along with a decrease in systolic function, mitral regurgitation, pericardial effusion, aortic root dilation, and mild aortic insufficiency. These echocardiographic findings tend to spontaneously improve with a few weeks of therapy, although abnormalities may persist several months to a year after the diagnosis.

In about 50% of children with KD, coronary artery dilation may be seen by the 10th day of the disease process. Male infants have the highest risk for coronary artery aneurysm. Enlargement of the left main coronary arteries. Aneurysm forms as a result of arterial vessels-wall destruction during the accumulation of cytokines and chemokines in a proinflammatory milieu. An increased risk for thrombosis is noted during the acute phase of illness, caused by enhanced platelet activity and stasis with an aneurysm. stenosis can occur at the proximal and distal ends of the aneurysm.

Aneurysms that are> 15 mm in length and> 5 mm in diameter are at the risk for local vessel stenosis within a remodeled aneurysms. long-term anticoagulation with antiplatelet agents, such as aspirin and concomitant warfarin (international normalized ratio, 2-2.5), has been used to reduce the risk for vessel occlusion in patients with large (>6mm) or giant (>8 mm) aneurysms. Fortunately, approximately 50% of coronary artery aneurysms tend to regress within the first 2 years via the proliferation of intimal cells, but these patients are still at increased risks for accelerated atherosclerosis and are considered at moderate risk for future ischemic disease. Regression is more common in smaller aneurysms (<8 mm), younger patients, and fusiform aneurysms (versus saccular).

In patients with KD in whom prompt therapy is initiated with aspirin and gamma-globulin, the prevalence of coronary artery aneurysms is reduced to <5%. Therapy with aspirin has been instrumental in the suppression of the anti-inflammatory process, leading to a significant decrease in mortality from 2% to 0.5 %. In general, antiplatelet therapy should be continued until documented regression of coronary aneurysm, with the avoidance of high-risk sports activities to minimize the risk factor of bleeding. The recommended dose of aspirin for effective anti-inflammatory action is  80-100 mg/kg, divided into 4 daily doses.

subsequent lower doses of aspirin for effective antiplatelets actions may be used.

Gamma-globulin also appears to have anti-inflammatory effects,  and multiple studies have validated a decrease in the frequency of the coronary aneurysms compared with the use of aspirin alone, as well as a reduction in morbidity and mortality when gamma-globulin are promotely administrated. The recommended doses of intravenous gamma-globulin have been up to 2g/kg, infused over 12-18 hours.

In contrasts, when aneurysms are left untreated or treated with aspirin alone, about one-half of patients progress to aneurysms dilatation within a few days, and they have increased the risk for hemopericardium and death resulting from rupture. patients with moderate sized (> 3mm) or larger aneurysms require further follow up because they are at high risk for persistence of the aneurysms and future ischemic disease. Within this group, most death occurs within the first years of diagnosis, as a result of acute MI within the left coronary distribution; they have a 22% mortality rate with the first MI and up to an 83 %, mortality with the third MI.

As many as 37% of patients may have silent MIs and, when symptomatic, children may not present with chest pain, instead of presenting with inconsolable crying, abdominal pain, pallor, and vomiting. Because infants present most often with incomplete KD (resulting in delayed diagnosis), a low threshold for the initiation of therapy in this group is often necessary in the context of unexplained fever with no other clinical findings, in order to minimize the risk for coronary aneurysms.

In this case, a diagnosis of KD  was suspected in the emergency department after the initial TTE revealed an 8-mm dilation of proximal RCA. The following day, the patient underwent CCTA for better evaluation of his coronary anatomy. Reformatted three-dimensional images of the study revealed initial enlargement of the LAD (4.97 mm), a first diagonal branch of the LAD (5.12 mm), and RCA (8.90 mm)  (figure 2).

on the third day of the patient’s admission, repeat TTE revealed a > 9 mm aneurysm within the RCA, and the second dose of intravenous immunoglobulin was initiated along with anti platelet therapy using abciximab. By hospital day 4, the RCA aneurysm progressed to 12 mm, with a possible small thrombus, and dilation of the distal LAD to 7mm was noted. The patient was started on anticoagulation and a 3-day course of methylprednisolone sodium succinate (30 mg/kg), after which he finally became afebrile. The painful lymphadenopathy limiting his movement also decreased, and regained full range of motion of his head and neck.

unfortunately, daily TTEs failed to note stabilization of his coronary artery enlargement, and the patient was started on tumor necrosis factor-alpha antagonists. Repeat CCTA on day 10 revealed a 9-mm RCA, with segmental 14.16-mm and 12-mm aneurysms; a LAD of 10-mm, with a 14-mm aneurysm; and a 7.69-mm first diagonal branch aneurysm. In the ensuing 13 days, no further progression of coronary enlargement was noticed on repeat imaging, and the patient felt much better. Whole-body CTA was negative for vascular aneurysm or dilatation elsewhere, including the circle of Willis. The patients were discharged on bed rest, warfarin, atenolol, aspirin, lisinopril, and clopidogrel, with monthly cardiology follow-up.

Early recognition of KD, in the context of unrelenting fever in children with or without all the associated features, is vital for prompt suppression of vascular inflammation and prevention of cardiac complications.

which of the following conditions is not generally associated with KD?

which of the following signs and symptoms may occur during the acute phase  of cardiac complications in patients with KD?

Signs and symptoms in the acute phase of cardiac complications may include fever and tachycardia out of proportion to the degree of fever, cervical lymphadenopathy, bilateral conjunctival injection, rash, inflammation of the oral mucosa, muffled heart tones, and gallop sounds. 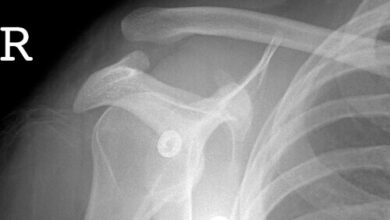 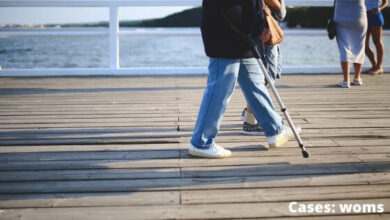